By Mokkoriman,
August 12, 2021 in Rebuild of Evangelion

Top Posters In This Topic 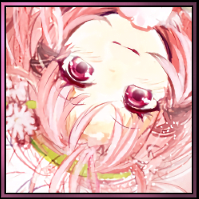